Considerable budgets were allocated to design bureaus, of which two main manufacturers emerged as world's champions, by production end exports: Mil and Kamov, with Yakovlev as challenger. So the landscape of Soviet manufacturers was reduced, but not the amazing qualities of the model developed over 50 years. Like in other areas, Soviet authorities favored bold approaches and innovative, risky solutions, or pushed the limits as far as possible. With the Mi-6, Mi-10 (crane), two-stage and rotors Mi-12, or Mi-26 all broke all records and kept them until today. This was largely also a question of prestige, something the aircraft industry was always keen to put forward and be instrumentalized in USSR since 1925. Other aspects led to military records as well. When released, the Mi-24 "Hind" was arguably the fastest and best armed helicopter in the world, while the Mi-8 "Hip" stays to this day the most produced in history or the Kamov "Hokum", the most agile.

Yakovlev, and other minor manufacturers 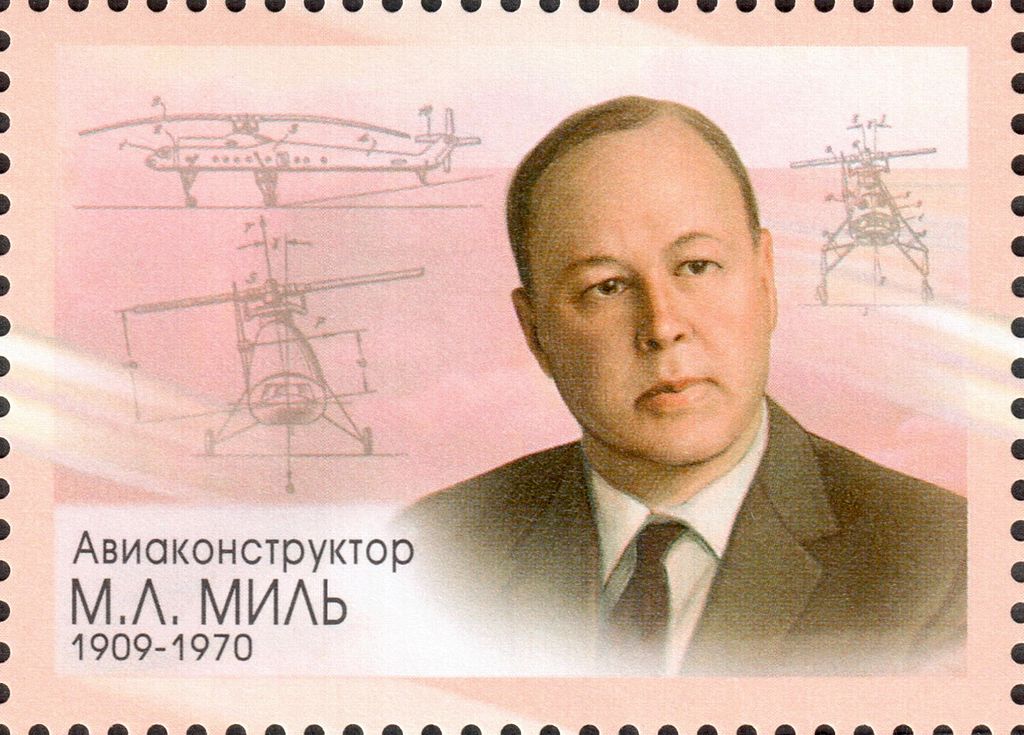 Mikhail Leontyevich Mil was born 22 November 1909 to a Jewish family in Irkutsk (Siberia). He became a prominent Russian aerospace engineer and scientist, founder and general designer of the Mil Moscow Helicopter Plant. At just 12 Mil he won the first prize in a model glider competition and in 1926 studied at the Siberian Technological Institute in Tomsk and was by 1928 in the Don Polytechnical Institute in Novocherkassk, come out graduated in 1931, and started career at TsAGI, specialised in the design of autogyros and an assistant to Nikolay Kamov. During WW2 he fought in the Red Army but by 1943 was called back to resume his prewar R&D in aviation, working on improving stability and control and by 1947 headed the Helicopter Lab at TsAGI (future plant). Mil's helicopters became the suff of legend. He won many domestic and international awards, setting 69 world records. He passed out in 1970, while the Mi-12 won the Sikorsky Prize in 1971, as the most powerful helicopter in the world, and personally enjoyed great prestige contrary to Kamov. Mil models not only were massively exported (out of the Warswa pact), but some were feared by NATO which had no equivalents (like the Mi-6/Mi-26 and Mi-24).

Kamov was founded by Nikolai Ilyich Kamov, which already produced his first rotary-wing model in 1929 with N. K. Skrzhinskii. The plant was created in 1940, and built autogyros for a possible military use, which became evetually the TsAGI A-7-3, only armed autogyro to combat action, in small numbers. Kamov went on producing many models in the cold war, all using its trademark twin tandem contrarotary rotors, which had pros and cons. Less popular than Mil, Kamov concentrated on providing the Soviet Navy. In 2002, the company was purchased by AFK Sistema (51% stake), MiG controlling the other hald, but Kamov was sold in 2005 and does not exist anymore but by name. It was merged with Mil and Rostvertol, the consortium now known as Russian Helicopters. Kamov Helicopters.

One of the most prominent Soviet aircraft manufacturers, Alexander Sergeyevich Yakovlev started as a design bureau in 1934, OKB-115. It was located at the facility No.115, but its frirst model flew on 12 May 1927, this was the AIR-1 aircraft developed by the Department of Light Aircraft (GUAP) under his supervision. During WW2, he concentrated on Fighters and the latter were mass-produced, mostly responsible for the destruction of the luftwaffe and winning the war. During the cold war and up to 2004, the company went on delivering mostly heavy fighter bombers, like the Su-27 and derivatives. However the company also produced helicopters, although this chapter is little known. Irkut acquired Yakovlev in April 2004 and it was marged by force with Mikoyan, Ilyushin, Irkut, Sukhoi and Tupolev in the 2006 United Aircraft Building Corporation.

To listen while you browse