From the pioneers to these days.

From the earliest experiments to the Autogyro of the interwar and WW2 rotary wings.

The helicopters of the Korean and Vietnam War, and the cold war at large, from the Soviet block, NATO, US and Europe.

From Gulf war rotary wings to the most recent developments of attack and transport helicopters.

East to West, Manufacturer Companies of rotary wings from yesterday to nowadays.

China and the rest of the world

They are all around us, a familiar sight in the sky since nearly 100 years, the age of the first pioneers. Now the rotary wing family stand strong of hundreds of models, in the civilian and military alike. They shaped history as the first way to land and get up the ground vertically, opening a brave new world of possibilities.

Discover who is behind helicopedia.com 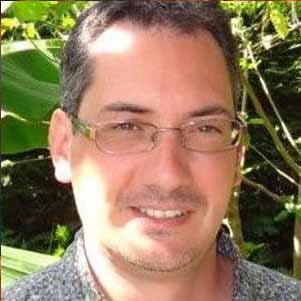 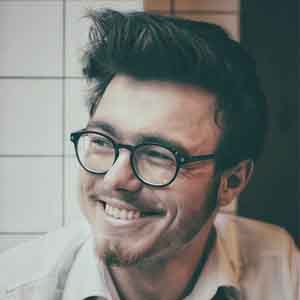 Helicopedia is coming from a project of 2019 by David Bocquelet, Creator of Tank Encyclopedia, Naval Encyclopedia, and advisor for Planes encyclopedia. He is also the creator of WW1-planes.com. The long term goal is to cover the whole of rotary wings history and models since 1900. 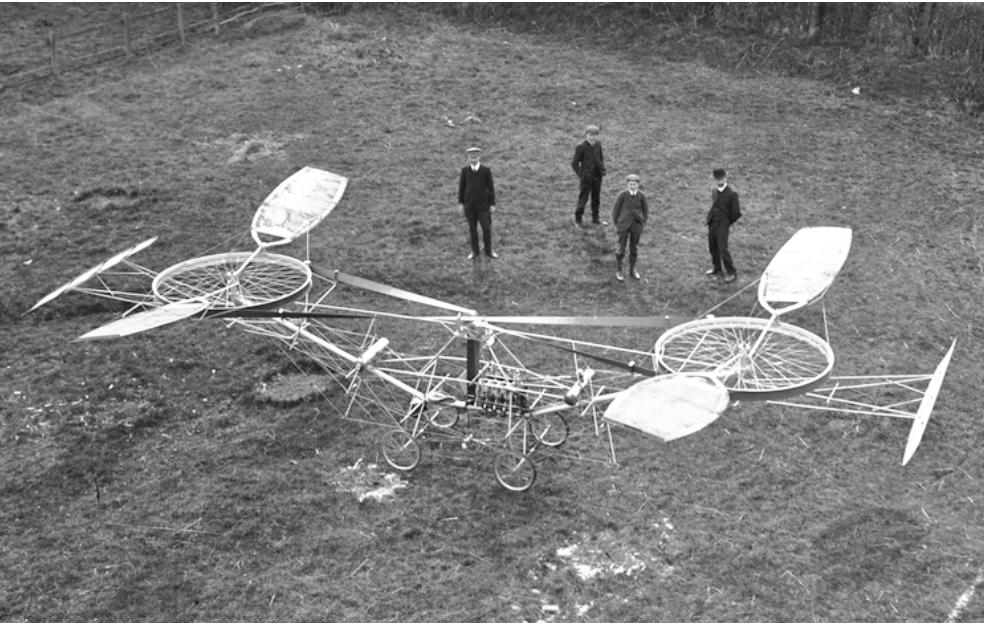 The term came from the Greek combination of helix (ἕλιξ) "spiral, whirl" and pteron "wing". It was coined in the West by Gustave Ponton d'Amécourt in 1861 as "hélicoptère" and was anglicized. The first mention in the East dated back from China in the fourth century A.D. in a book called "Pao Phu Tau" describing such contraption. Leonardo Da Vinci designed an "aerial screw" in the 1480s.

The first "practical" helicopters had a different name: They were called autogyro and appeared in Europe in Spain, Germany and other countries simultaneously. They mixed characteristics of traditional helicopters with a rotary wing (yet crude and slow, driven by the main engine) and a plane rotary engine at the front, driving a conventional propeller. They also had conventional surfaces and tail, albeit their main wings were quite reduced. Also appeared the Gyrodyne and the cruder Rotor kite.

The autogyro made they way into WW2 although in small quantities and always operational status. However this war saw the apparition of the first operational helicopters: German Flettner models are the best known. From 1941 a Russian Emigré named Igo Sikorsky created the first practical true helicopter in the USA with the VS300 in 1939. His S1 entered service in limited numbers in 1944 for various liaison, transport, evacuation and reconnaissance missions.

Noisy and slow it was a heavy prey but that was the start of US rotary wing saga. Another Russian, Mikhail Mil, created in USSR the first modern Russian helicopter in 1946. That was the start of an amazing lineage which goes on today, alongside the products of Nikolai Kamov.

About possible copyright issues, rights to use material, contact the team, suggestions...

From Paul Cornu to the Eurocopter. 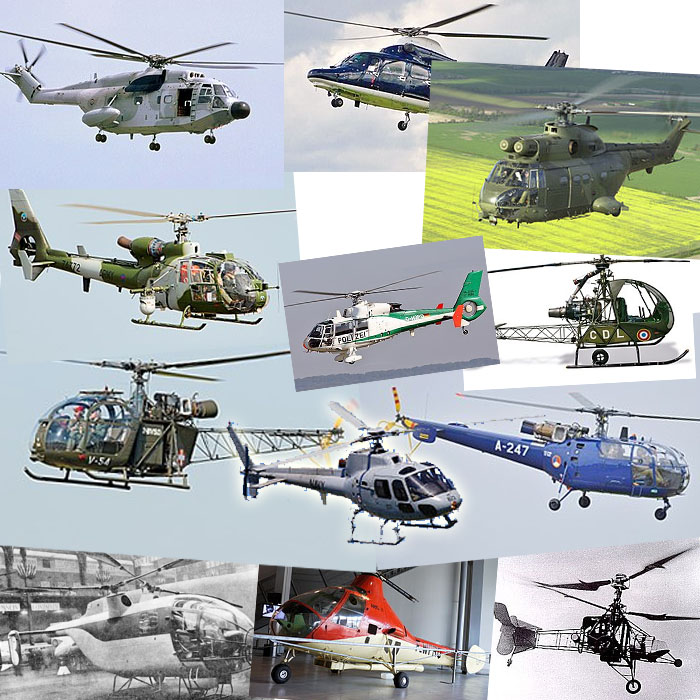 Eurocopter is now a well-knwown, firmly installed helicopter manufacturer on the world stage, backed by the Airbus group. But it proceeded from the earlier Aerospatiale, a consortium of post-war state French manufacturers, among which the most prominent was Sud-aviation, creating many world famous models such as the Alouette, Gazelle, Puma, Ecureuil, Dauphin, Super-Frelon, and others, sold to dozens of countries around the globe. French Helicopters.

From Westland to Bristol and Saunders. 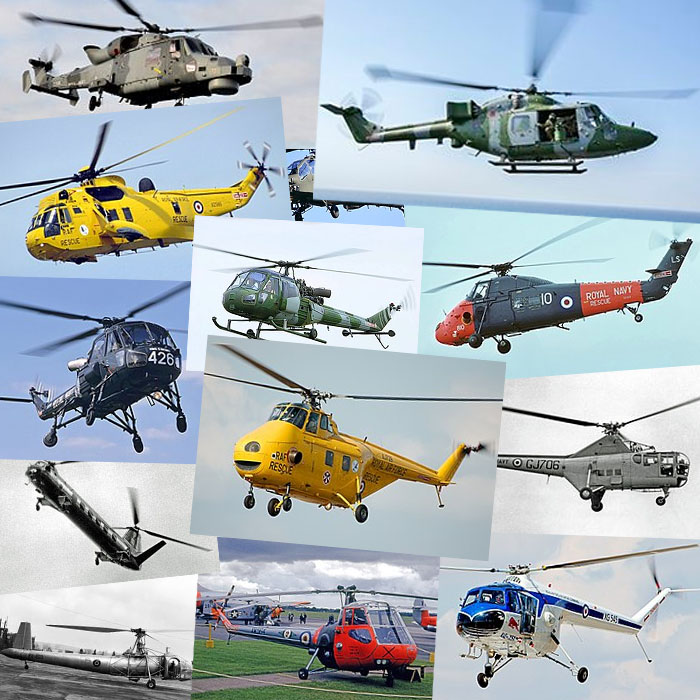 British aviation also naturally generated British Helicopters in the early 40s and 50s and became with Westland, one of the world's champion of the cold war, with dozens of stunning success on the export Market, now part of larger groups. From the Saunders Helicogyre to the EH 101.

The two other great nations of Europe. 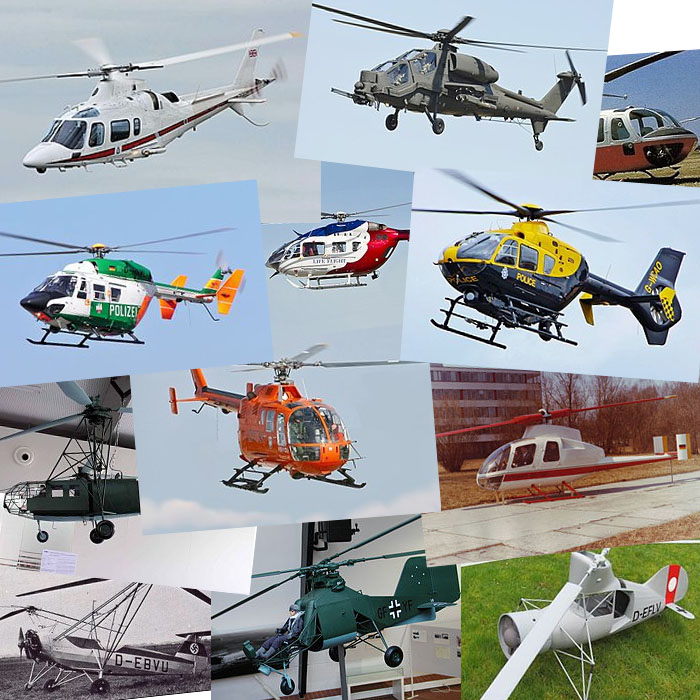 Although Spain has the edge for autogyros, Germany soon took over the production of combat helicopters in WW2. Both Germany and Italy were proficient manufacturers of rotary wings for the cvilian and military markets during the cold war, such as MBB and Agusta. 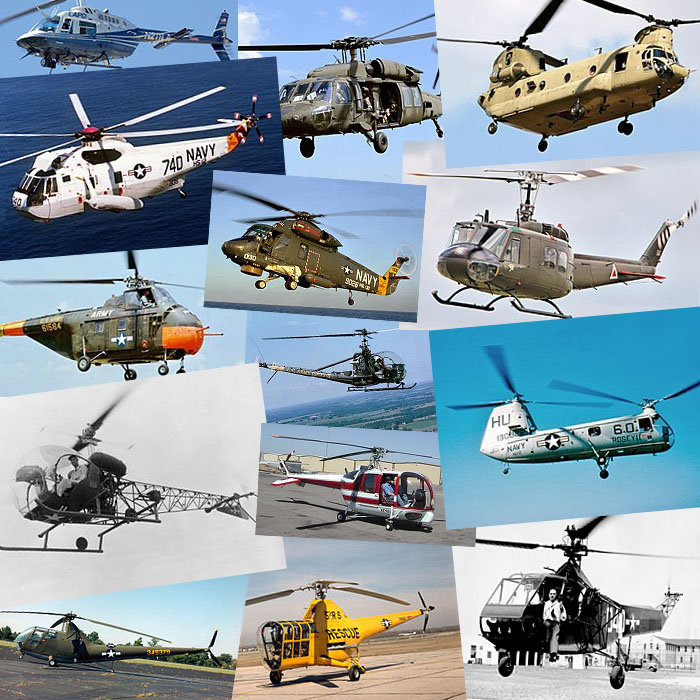 More than any other country, USA embraced helicopters, since the days of Edison to Bell and Sikorky. If arming NATO was not enough, US-built helicopters were sold around the world, as the main competitor to USSR and now Russia and Europe. 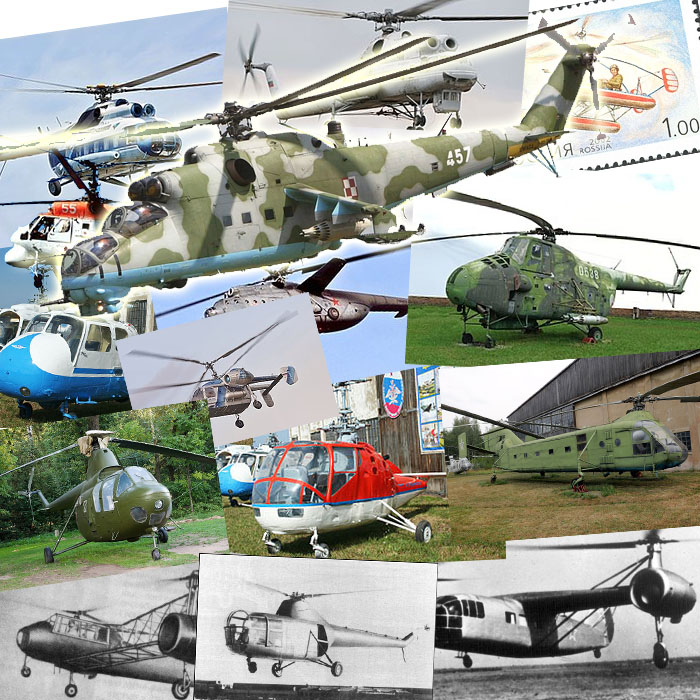 Probably more than any others, the Russian were the true modern helicopter pioneers. After all, Igor Sikorsky, which models were legendary round the world, was Russian, and the latter came with world's famous Kamov and Mil, plus Yakovlev.Soviet helicopters

China, but also Iran, and other world's manufacturers. 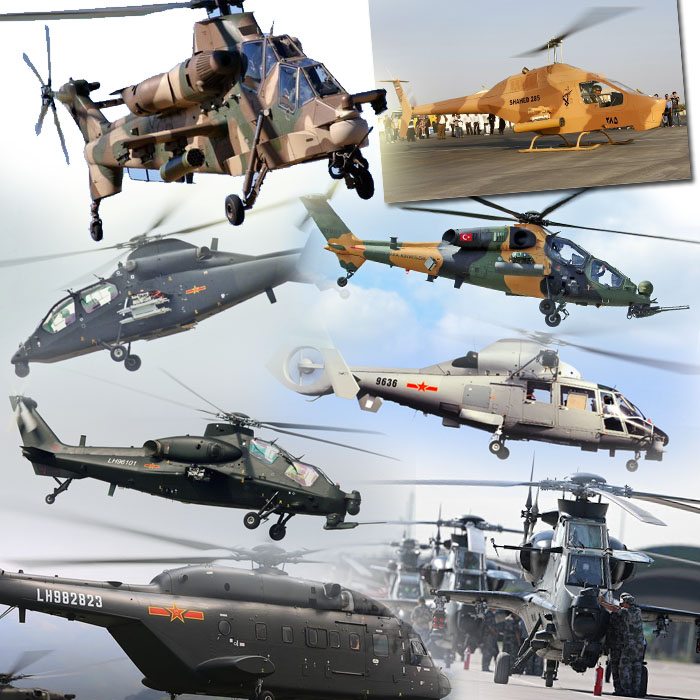 As of today, China is one of the lmargest helicopter manufacturer worldwide with a dozen of models derived from Wester designs and well optimized to fill each and every PLA Army and Navy needs in addition of the air force. The rest of the world also came with proper models such as South Africa, Japan, South Korea or Iran.